The widespread deforestation of Brazil’s Atlantic rainforest has had several negative impacts on the wildlife and plant life in recent decades. Many of the detrimental effects have been seen in the Pontal do Paranapanema region, i 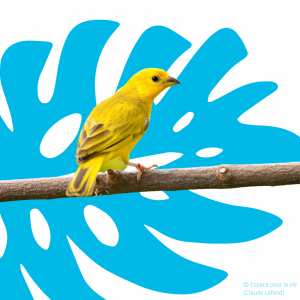 n the State of São Paulo. Since the colonization of this region in 1940, the forest area, which used to cover 85% of the region’s total, now only covers 16%! The remaining forest fragments are separated from one another and surrounded by rural settlements, therefore isolating resident animal populations. One of these animals is the black lion tamarin, a type of tamarin that specifically lives in the few forest fragments in the State of São Paulo, in southeastern Brazil. The species is currently threatened since it is losing its habitat in addition to experiencing genetic problems because it is isolated. These problems mean that black lion tamarin populations are unable to grow, survive and reproduce. To address the situation, the IPÊ – Instituto de Pesquisas Ecológicas has endeavoured to establish green corridors with the goal of restoring protected areas and re-establishing the ecosystem’s forest connectivity. The IPÊ will also adopt agro-ecological and participatory technologies while training current and future generations on the rational use of water and forest resources. 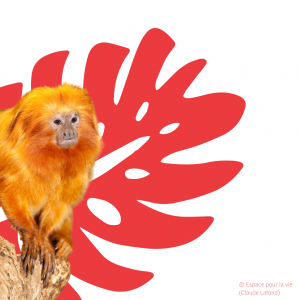 The first corridor created has connected two protected areas – the Black Lion Tamarin Ecological Station and the Morro do Diabo State Park. This twenty-kilometre corridor is home to over 2.7 million trees. In addition to helping the black lion tamarin become less isolated, these green corridors are also beneficial to other wildlife such as jaguars, ocelots, tapirs, blue-and-yellow macaws, along with several other species of tamarin since they can move more easily between forested areas.  The project is currently continuing with the North Corridor that will include 500 hectares and over a million trees that will border the Atlantic forest corridor.

Other than forest restoration, the green corridor project also provides training to farmers and students in agroecology and environmental education. Community tree nurseries, where seedlings are produced, have been created. These nurseries are social enterprises aimed at improving the social, economic and environmental development of families living in the region’s land reform areas. Such enterprises contribute to diversifying traditional agriculture by producing and selling indigenous and exotic plant species for reforestation.

There are several financial partners in this project. However, the fundraising campaign put in place by the Durrell Wildlife Conservation Trust has impressed us the most! The Durrell Trust implemented a program where money from aluminum cans deposits is used to fund the IPÊ’s green corridor project. Because of this initiative, some 80,000 to 90,000 trees have already been planted! Inspired by this model, we decided it was time for us to undertake such an endeavour to do our part!  In this spirit, the Friends of the Biodôme decided to launch the “Cans for a Green Corridor” project.  By combining fundraising with the aluminum can recycling, “Cans for a Green Corridor” will help raise money for replenishing tropical rainforests, one tree at a time.

For more information on other institutions participating in the project: 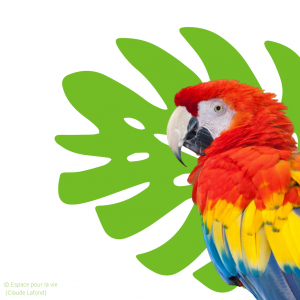 2 adults and up to 3 children